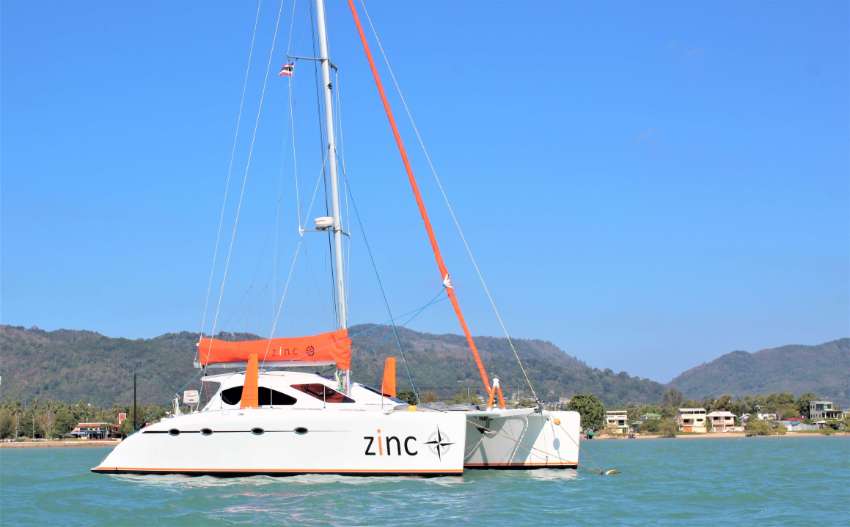 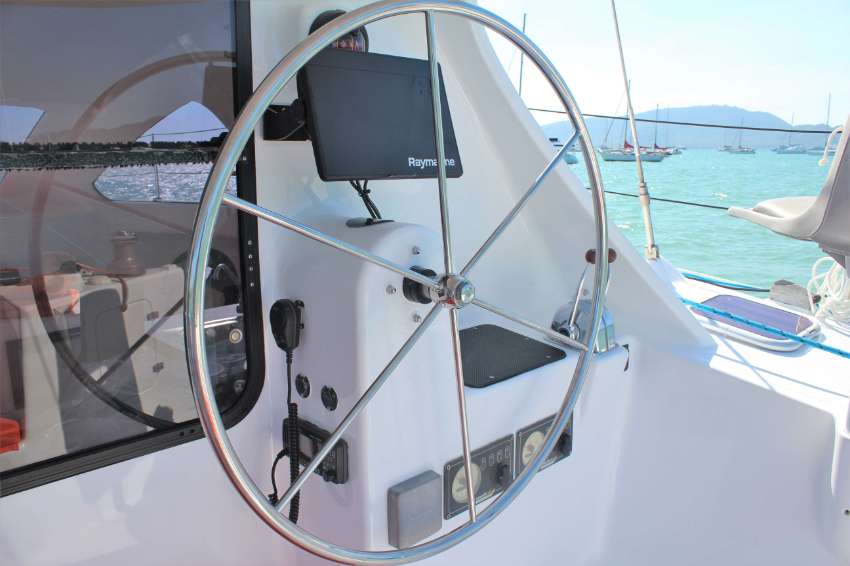 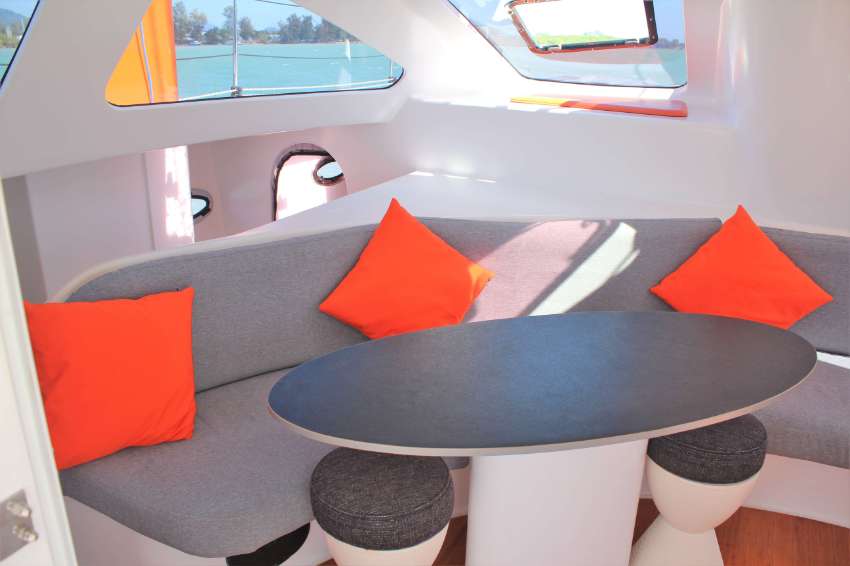 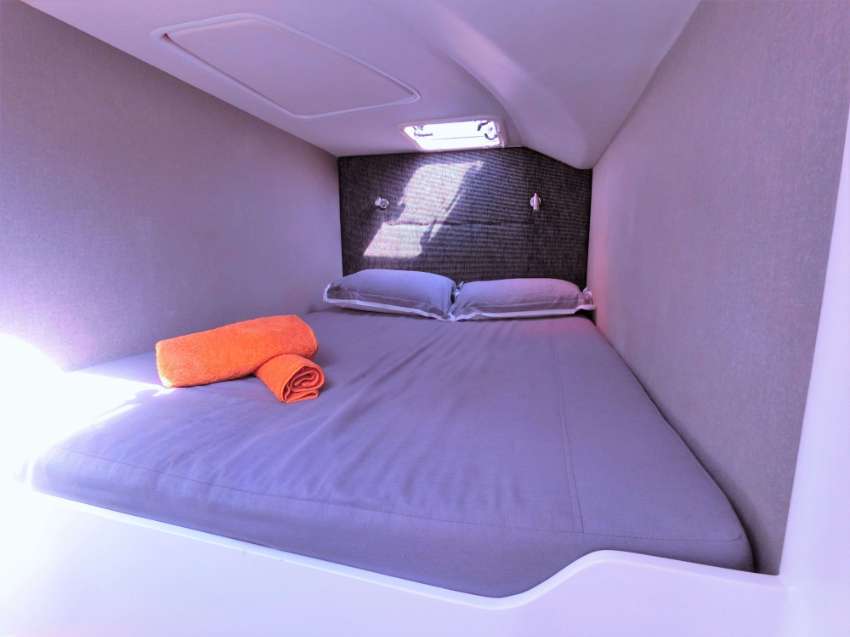 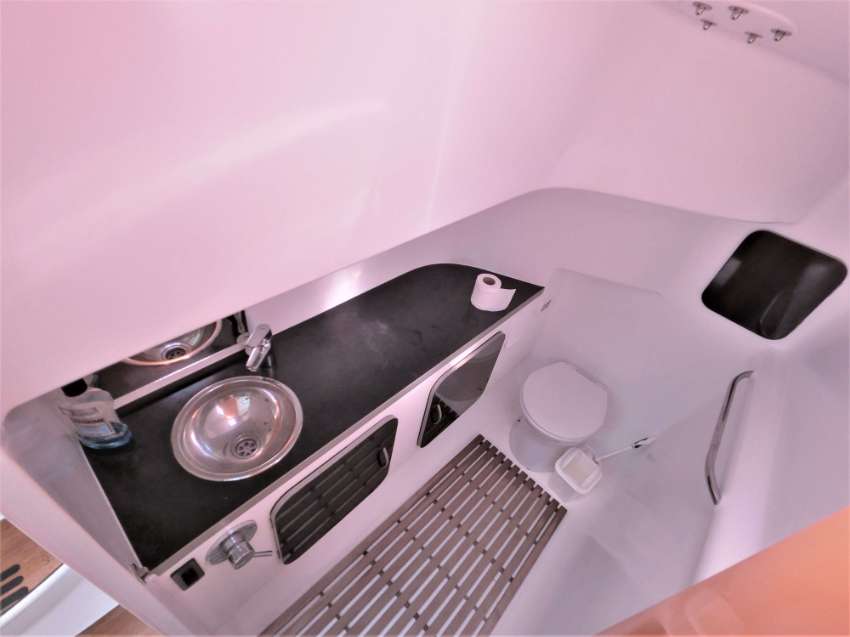 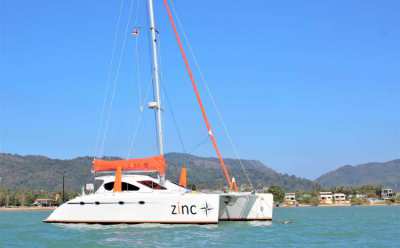 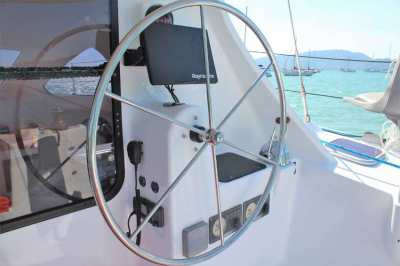 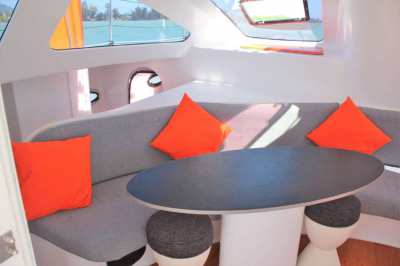 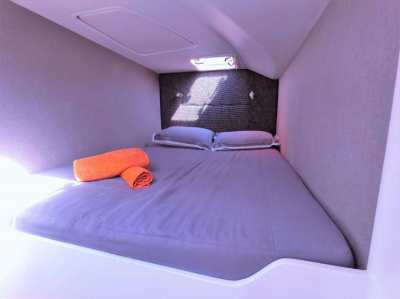 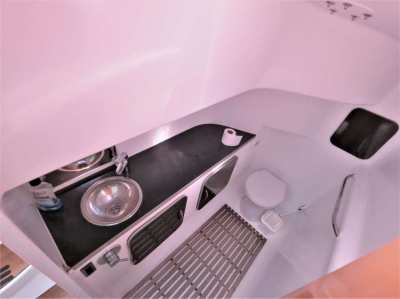 This beautifully presented Spirited 380 was built by perfectionist David Biggar of Stallion Marine in Australia. Spirited designs, by Craig Schionning – like his renowned father Jeff Schionning – are fast cruisers and Zinc is no exception.

With a pedigree and history going back a few years, she has a brand-new sparkling Awlgrip paint job, new sails and covers, refurbished engines and new rigging meaning she is good for another ten great years.

Zinc is fastidiously maintained and ready to sail away if you are in the market for a well-built and simple catamaran, which excels under sail and offers all the comforts for great liveability while at anchor.

Her twin helm stations feature stainless steel helms and comfortable access to her sail-handling winches, as well as 360- degree visibility, translating to easy and safe sailing.

Zinc’s inventory includes two downwind screechers, one light and one medium, allowing reported speeds of over 20 knots when keen and comfortable cruising at 8-9 knots.

Accommodation is of an Owner-profile with three cabins: a master queen berth and bathroom in the port hull, and a queen guest berth with separate double berth in the starboard hull, allowing six guests to enjoy her spacious hulls with lots of cupboard space for the longer-term cruisers.

Both forward cabins have walk-in robes, which can also be used for a children’s sleeping area. Overall fabric accents in hues of grey and patterns lend a sophisticated feel to the interior.

Zinc is powered by two Nanni 3.21, 21hp sail drives and two folding props with a mere 20 hours on the engines after a full refurbish on 1600hrs of operation.
Similar ads 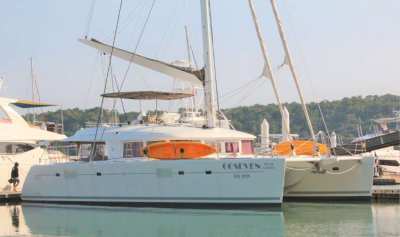 Price : USD $840,000 Tax Paid, Thailand Exclusively for sale through Multihull Solutions, this Owner’s version of the 2012 Lagoon 560 has been professionally maintained and is in superb condition. Often described as the biggest boat a family can sail without needing professional crew, the Lagoon 560 is one of the world’s ultimate cruising catamarans. 00Seven features all the renowned hallmarks of Lagoon, including infusion-moulded construction, vertical windows to maintain a cool saloon, and four spacious and light-filled cabins plus crew quarters. Her list of options is endless. The fully air-conditioned interior, with a spacious galley layout in a very open saloon, has 360-degree views opening up to an equally large aft cockpit with access to a shady flybridge. Forward, a comfortable and cosy seating area contributes to four tranquil areas of relaxation for your family and guests. The flybridge, an upper open-air saloon, comprises the main helm station with unobstructed views and a comfortable lounging area for your party of the voyagers. 00Seven is available right now in Phuket, Asia’s premier cruising grounds. She is turnkey with Thai registration should you decide to earn offshore income from private charter operation, or take her away for adventures in the Pacific or Indian ocean under a new registration. Located only 40 minutes from Phuket’s International Airport, it is so convenient to inspect this remarkable catamaran and take ownership once you have purchased! Please see below links to her comprehensive inventory and video walk around on our own Multihull Solutions web page. 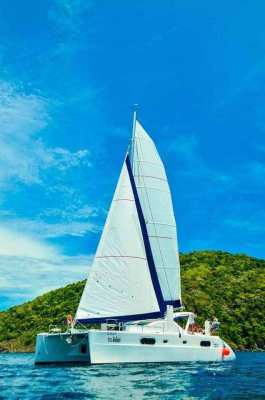 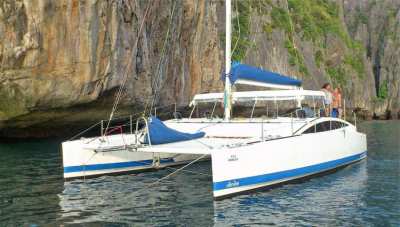 Price : Reduced to USD $99,000 This 2011 Catathai 34 sailing catamaran was designed by the eminent Tahiti-based French naval architect Nico Gruet. The 34ft open bridgedeck 3-cabin catamaran represents a great opportunity to purchase a very well looked-after cat from this well known local yard, particularly as there is currently a two-year waiting list for a new catamaran from Catathai. Fitted with a single Honda 20hp outboard and really simple sailing systems, there is very little to maintain. Designed for simplicity itself there are few built with three cabins and one toilet, with two single bunk areas in each bow. The bridgedeck area is well set up with galley, chart table, cooker, sink and freezer and will sit eight at a hideaway table in the 360-degree view area. Easy forward access to the trampolines means safe circulation around the catamaran for maximum enjoyment. A good sail plan of over 70sqm of upwind sails on a 2.5 tonne cat translates to wind speed plus cruising speeds and more when off the wind with the gennaker up. The current owner has enjoyed his Catathai 34 for the last several years since having her built and has decided now is the time to move on to his next project. She is ideal for light adventure charters around Thailand (having Thai registry) and can just as easily have offshore registration at the drop of a hat. This ensures a new owner can cruise further afield or sail or move this light, small footprint cat anywhere on the planet. Currently for sale in Phuket Thailand with shipping available anywhere, please contact the Multihull Solutions Asia office for more details and see below to download her inventory and view a walk-around video. 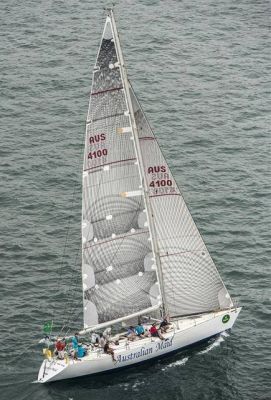