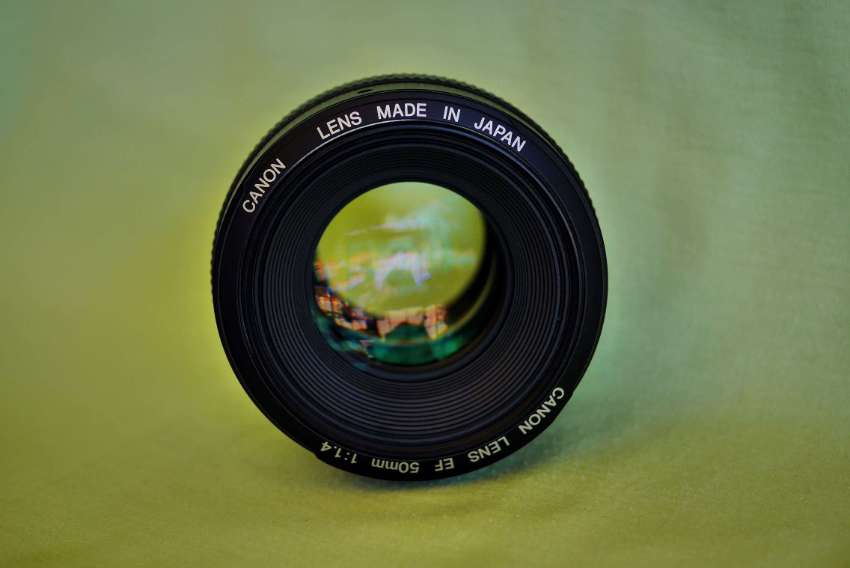 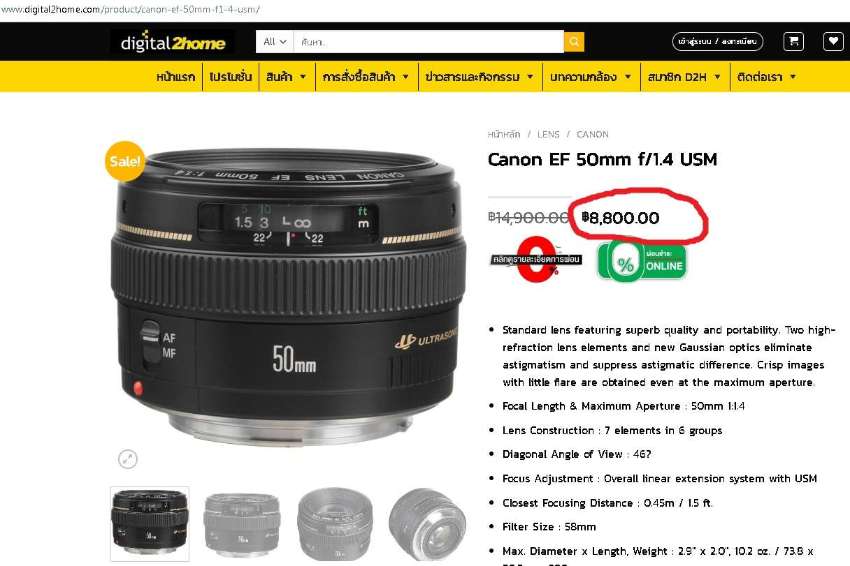 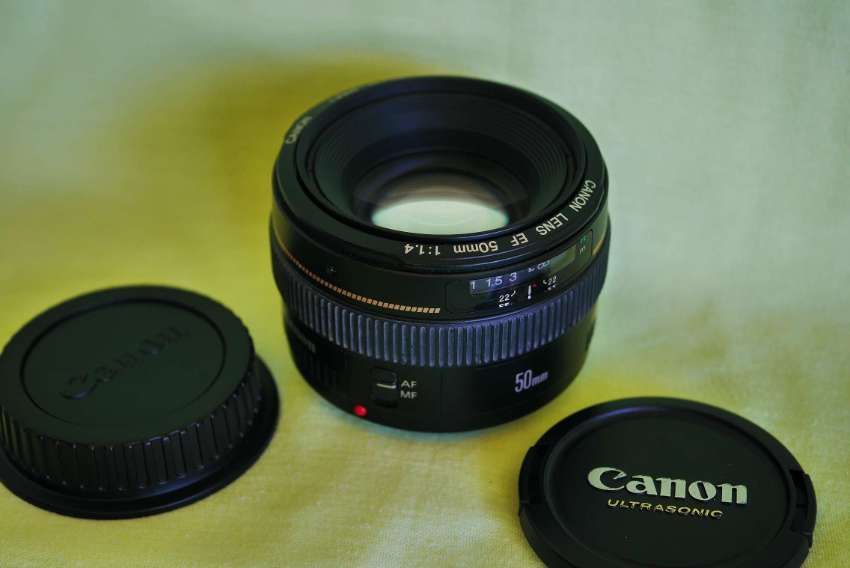 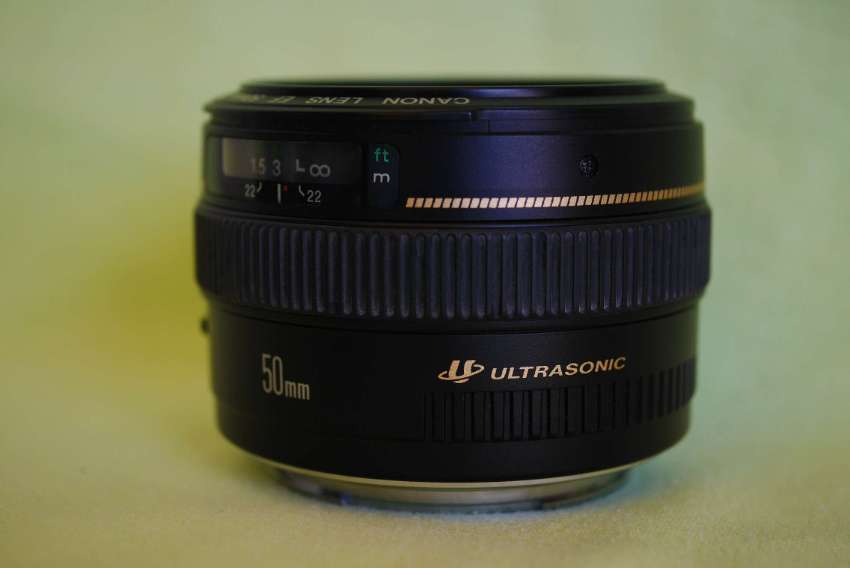 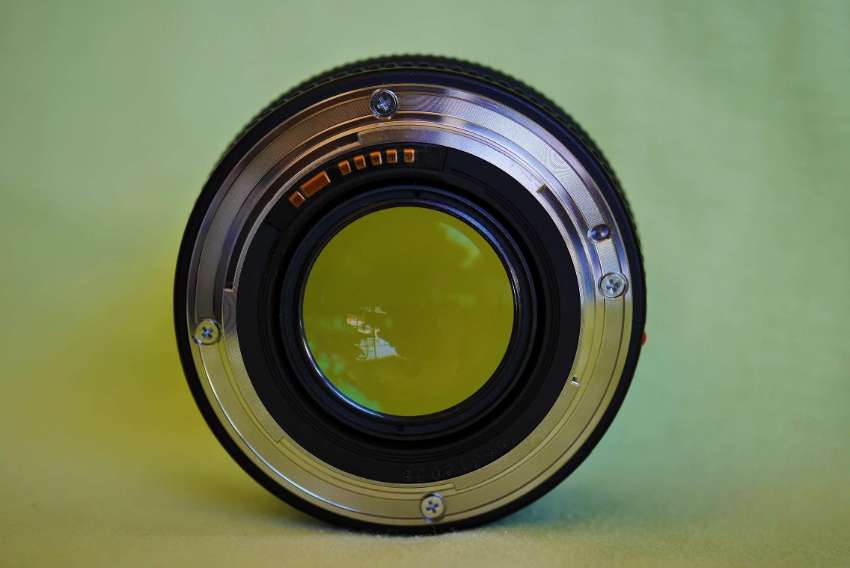 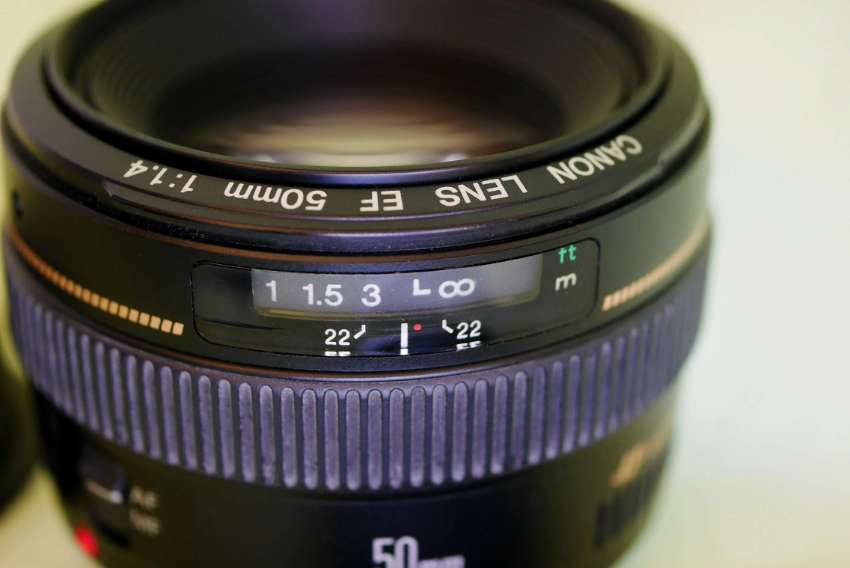 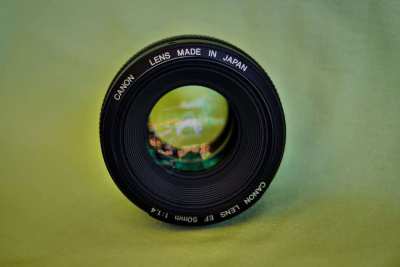 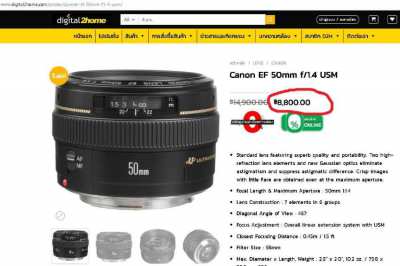 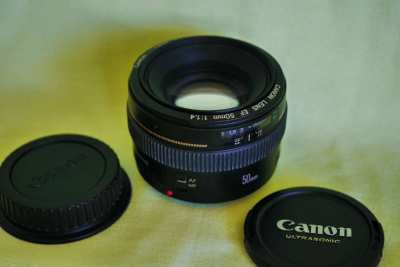 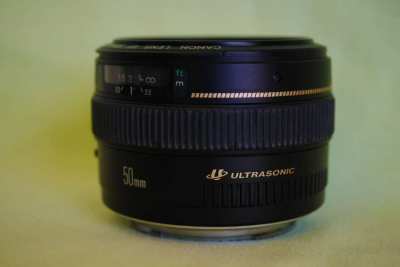 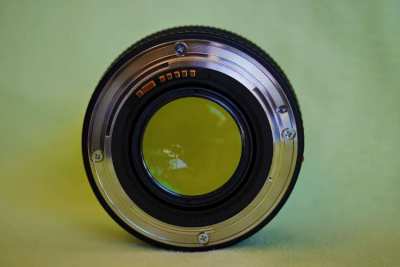 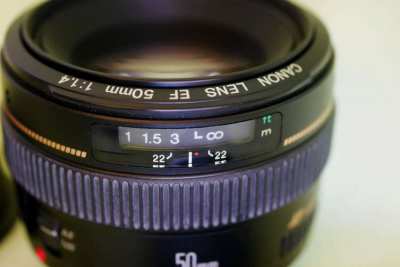 Used. Made in Japan. Fully tested in excellent working condition. 100% workable. Cosmetically, it has traces and scratches on body (look at photos) that don't affect quality of photos. Lens with two caps. No scratch, no fungus. 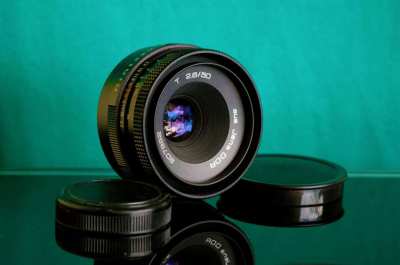 Mint condition Carl Zeiss TESSAR 50/2.8 lens (#207962, export version - hence branded "aus JENA DDR") lens is ready to work with any mirrorless cameras, focuses infinity, covers full-frame sensor. Lens, two caps. S/n: last photo. Adapter to Sony NEX, E, FE, Samsung NX, Fuji (FX), M4/3 (MFT, Olympus, Panasonic) + 300 baht. With UV Filter + 200 baht Sale only inside Thailand! EMS 50 baht or meeting in North Pattaya. More questions and photos by mail, Line: gnnick www.facebook.com/nick.grachev Format: 35mm SLR Type: Prime lens Focusing: Manual Focus (MF) Lens mount: M42 Optical Quality: Finally let’s talk about the actual optical performance. I didn’t expect much from this lens and I couldn’t be more surprised when I saw what I was getting on the camera display. Images looked beautiful on 3′ display, but more importantly they did not disappoint when I viewed them again on a 24′ display at home. This lens is actually very, very impressive performer in many ways! For starters, it’s really usable and pretty sharp wide open; not something you’d expect such cheap lens. I often step down my F1.4 lenses to F2 or even F2.8 to get the optimum optical performance, so Zeiss being usable at F2.8 is a real bonus. You can be the judge of that yourself, as most shots in the video were shot at F2.8. For even better idea of sharpness at different F-stops, take a look at 100mm crops below. The only real difference between these shots, is the background. The foreground is pretty much the same from F2.8 all the way to F8. Very impressive! Character: I’ve got more good news: this lens also produces amazingly smooth bokeh, especially at F2.8. It doesn’t have as much character as the legendary Helios 44-2, but in its own way it’s just as nice and is more suitable in certain situations, especially when using this lens in combination with modern lenses. Same goes for the contrast, which is very high for a vintage lens at this price point. Again completely opposite to Helios 44-2 which goes into a dreamy/low contrast/flare mode when pointed towards a bright light source. The Zeiss 50mm F2.8 though holds the contrast very well even when pointed directly at the sun. Zeiss lenses are known to have good contrast, but I didn’t expect that from such cheap lens. The footage in my test video is pretty much straight out of the camera with only very minimal correction, so what you see is what you’ll get from this lens! The F2.8 does sound underwhelming for a 50mm lens, but with most modern cameras, low F2.8 or even slightly slower is no longer an issue. For example the night shots in the video above were shot at 1600ISO with (now) super cheap, but very capable Sony NEX 5N. Even at F2.8 this lens has picked up the street lighting pretty well giving me a decent exposure even in such low light conditions. Some people might argue that F2.8 lens won’t produce cinematic enough shallow depth of field, but as you can see in the video above, even on (APS-C / S35) Sony Nex 5n, this lens produces as much shallow depth of field as you can take. It’s a misconception that F1.4 is the only way to go. A lot of experienced cinematographers rarely shoot below F2.8 or even F4 (cine lenses are usually rated in T-stops though) Another good thing about this 50mm is that being a full frame lens, you don’t need to worry about it covering certain sensors. It usually comes in M42 mount, which means that this lens can be used with just about any camera when coupled with a simple adapter. You can even “speedboost” it with certain mount cameras, so there aren’t many reasons not to like it. The minimum focusing distance of just 35cm is very handy too. Specifications: Focus Throw – Approx 270° Mounts – M42, Exakta Optical Formula – 4 elements in 3 groups (Tessar) Closest Focusing Distance – 0.35m/1ft Filter Size – 49mm Aperture Blades – 5 Weight – 170g 12 Aperture Settings from F2.8 to F22 Made in DDR Why buy one? Very cheap for any lens, especially Carl Zeiss 270° focus ring rotation, great for video use 0.35m closest focusing distance, great for close ups Great optical performance for such cheap lens Beautiful, but not overpowering character 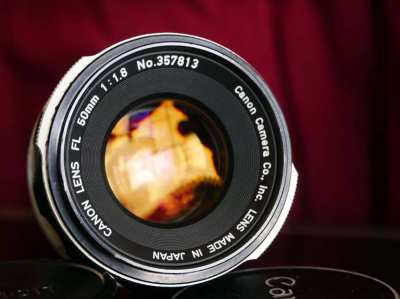 Excellent condition, made in Japan, CANON LENS (FD mount) FL 50mm f1.8 with front cap. No scratch, no dents, no fungus. S/n: last photo (357813). EMS 50 baht, Thai Post 25 baht, Cash on Delivery Available (COD เก็บเงินปลายทางได้) or meeting in North Pattaya. More photos and questions via Line ID: gnnick FL 50mm f/1.8 I (1964) The FL mount replaced the R mount when it was launched with the Canon FX camera in 1964. It shares the same physical lens mount but uses a simplified single-lever system. R and FL lenses and cameras are compatible with each other. The design of the lenses was smartened up, too. FL lenses are smaller and lighter than their R-mount predecessors. They scrapped the second aperture ring and instead had a switch which could be set to A (auto) or M (manual). In A, the aperture always remained wide open until the moment of exposure, but in M the aperture stopped down to the value set on the ring. FL series cameras allowed TTL metering for the first time with stop-down metering. The photographer would keep the aperture wide open for composing and focusing (A mode), but would stop the aperture down in order to get a light meter reading at the correct aperture (M mode, or by using the stop-down lever). 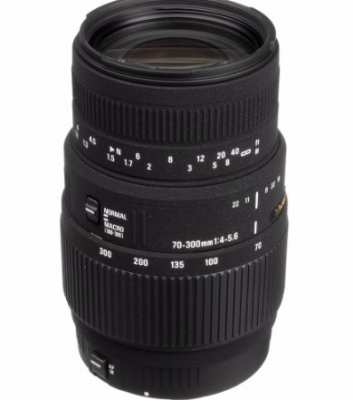 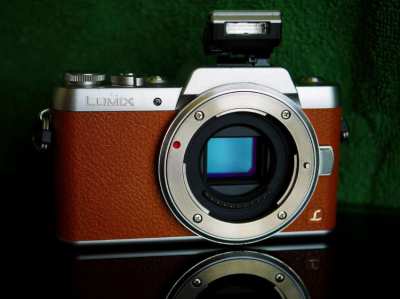 Fully tested in very good working condition. Mint condition of sensor. Camera comes with: LUMIX Strap, Power charger, Original battery, Strap rings, Ring soft covers, body cap, User Manual, CD Panasonic, Box. Serial number : Last photo Camera mount : For Micro Four Thirds Display Language : Language settings can be selected from a some languages, including English and Thai. If You want: With 35mm f1.6 manual lens with adapter + 600 baht With Olympus M.Zuiko 14-42mm f/3.5-5.6 II R MSC lens + 1900 baht With one more battery + 300 baht With Lumix G photo bag + 300 baht Sale only inside Thailand! Don't sell to Nigerian scammers! EMS 50 baht, Thai Post 25 baht, COD ( เก็บเงินปลายทางได้) or meeting in North Pattaya. More photos and questions via Line ID: gnnick Ultra compact with a lot of interchangeable lens options (sold separately) Wi-Fi connects to a mobile device without bothersome passwords 180 degree flip and second left hand shutter button for an easy selfie capture A hands free selfie is activated by just waving 16MP Live MOS Sensor Venus Engine Image Processor 3.0" 1040K-dot Touch Screen Tilt LCD Built-in Wi-Fi with One-Button Connect Full HD 1080 Video Capture Lumix G Vario 12-32mm f/3.5-5.6 Lens Contrast AF system ISO Up to 25,600 Lumix DMC-GF7 Mirrorless Micro Four Thirds Digital Camera . Lens from Panasonic and Olympus provides a high-resolution 16 megapixel Micro Four Thirds Digital Live MOS sensor. Coupled with a Venus Engine image processor, the Lumix DMC-GF7's sensor is capable of producing clear, low-noise photos up to ISO 25,600 and videos up to ISO 3,200. A contrast autofocus system helps deliver sharp images even when the camera's mechanical shutter is capturing fast bursts at up to 5.8 fps or at 39 fps while the electronic shutter is used instead. When motion picture mode is activated, video can be recorded at resolutions up to 1080p along with stereo sound. Built for media sharing and easy connectivity with mobile devices, a press of the Lumix DMC-GF7's Fn1/Wi-Fi button is able to pair the camera with a smartphone or tablet installed with the free, downloadable Panasonic Image App. Zoom, focus, and shutter activation are controllable through a paired smartphone or tablet, and images taken with the Lumix DMC-GF7 can then be conveniently accessed, GPS tagged, and uploaded to social media. The results of nearly any subject, from landscapes to sports, can benefit from the Lumix DMC-GF7's sensor, picture settings, as well as image processing. Selfies are no exception with new automatic shutter modes that offer the ability to capture more fluid, natural-looking self-portraits and group shots. Face Shutter allows a photo to be taken with a wave to the camera and Buddy Shutter recognizes when two faces are brought side-by side within the frame to instantly take a picture. In either case, more spontaneous facial expressions and poses are saved which could otherwise be lost in the process of waiting for a self-timer, or by having asked an inexperienced photographer to take your photo. 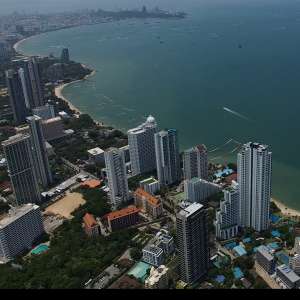